Bryony Frost is set to miss next month’s Grand National meeting at Aintree after confirming she broke her collarbone in a fall at Southwell.

Frost, who lit up the Cheltenham Festival with her victory in the Ryanair Chase on the Paul Nicholls-trained Frodon, saw a specialist on Wednesday – two days after her fall from Midnight Bliss.

The injury, which will be reassessed in two weeks, is one which typically requires a recovery period of between one and two months.

Frost said in a statement released via the Jockey Club: “Yesterday I went to see an extremely good specialist in Cardiff, where my x-ray results have shown that I’ve fractured my clavicle.

“I suffered a fracture previously, which healed well under pressure.

“My body’s response from that fracture makes me positive for when I go back for my assessment in a fortnight’s time, and a swift return.” 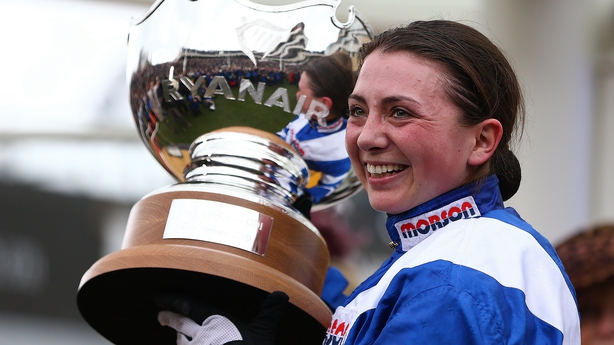 Aintree will surely be off the agenda this season for Frost, who has voiced her gratitude to those who have wished her well in recent days.

“I’ve been taken aback by all the support I’ve received since Monday,” she added.

“It makes you aware of how many people are running with you when you hold out your hand and see who reaches out to help and pull you up.

“The racing world is an extremely caring one. Although we are all strangers, within it we become a family when we need each other, and that’s the beauty of it.”

A winning pointer in Ireland with a big jump in him, Glen Rocco showed promise around Kempton on Boxing Day when chasing home a talented sort who got first run Punters watch the closing stages of a jumps race at Kempton. Photograph: Alan Crowhurst/Getty Images Ten runners is a disappointing turnout for the steeplechase formerly… […]

The High Court has ruled that a man bought 90 per cent of the Cheltenham-winning horse Labaik with the proceeds of crime. In a case taken by the Criminal Assets Bureau against John Boylan (33) aka John Power, of Forest Hill, Rathcoole, Co Dublin, the court also found that a west Dublin property – refurbished… […]