Nicky Henderson was fighting back the tears after perennial bridesmaid My Tent Or Yours secured a heartwarming success in the Unibet International Hurdle at Cheltenham.

The 10-year-old has won nine of his 24 starts, but is best known for chasing homed Jezki, Annie Power and stablemate Buveur D’Air in three renewals of the Champion Hurdle.

His 11 runner-up finishes also include a narrow defeat in the 2013 Supreme Novices’ Hurdle and when beating all bar The New One in this Grade Two contest 12 months ago, but he refused to be denied his day in the sun on his latest visit to Prestbury Park.

An emotional Henderson said: “He has been second in three Champion Hurdles and all sorts of places.

“It is wrong to say every dog has its day as he is much better than a dog.

The New One set out to make all the running in his bid to claim this prestigious prize for a fourth time, with My Tent Or Yours and the Willie Mullins-trained 7-4 favourite Melon waiting in the wings for much of the two-mile journey.

The big three came down to the final flight together, with The New One sandwiched between My Tent Or Yours on the rail and the strong-travelling Melon on the far side.

They settled down to fight it out and for a horse whose gumption has on occasion been questioned, Henderson’s inmate knuckled down admirably to prevail by a length and a quarter from his old rival, with Melon a further length away in third.

Henderson said: “I think the real emotion, and why that meant so much, is because when Buveur D’Air beat him here in the Champion Hurdle last year I felt like a complete fiend.

“Beating your own horse that had been second twice that felt awful. Me and JP (McManus, owner) both went to ‘Tent’ after the Champion Hurdle only to say, ‘Well done mate’.

“He is special and we have had him since he was a three-year-old. When you live with them for seven years you become quite attached to them.”

What a day, what a race! Thank you to everyone for your very kind messages. To say I’m delighted is an understatement. My whole team deserves so much credit in getting Tent back. On the downside, our deepest condolences go to all at Pond House. This is a strange game at times. pic.twitter.com/ULdRQt69Io

On future plans, the Seven Barrows handler added: “We are not retiring I’m sure. We’ve got to map it out and find somewhere to go.

“What we do now I’ve no idea. I’m sure he will run in the Champion Hurdle as he has to.

“He is no spring chicken – a bit like me – and joints and things are quite creaky.” 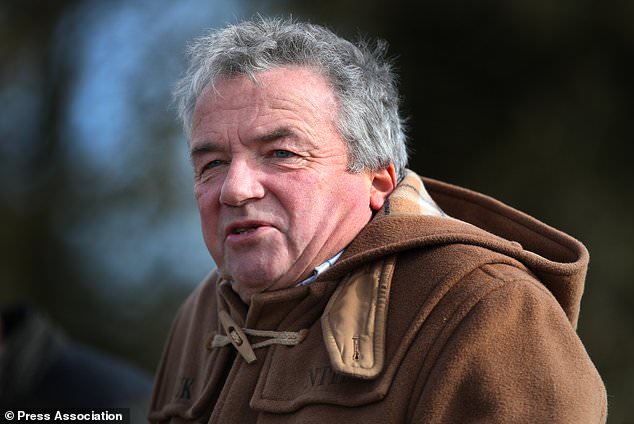 The New One’s trainer Nigel Twiston-Davies Said: “He has run a superb race, probably the race of his life conceding 6lb.

“He will go to Haydock (Champion Hurdle Trial, January 20) and he has got to come back here for the Stayers’ Hurdle after that.”

David Mullins rode Melon, who was having just his fifth run over hurdles, and felt his inexperience told at the business end of the race.

Mullins said: “He travelled very well and I thought I’d a great chance going down to the last and winged it. Those seasoned horses were probably a bit tougher at the finish.”

Sorry we are not currently accepting comments on this article.

Posted December 07, 2018 15:12:43 At first glance, Jay Weatherill’s path to the Premier’s office seems one of almost pre-ordained smoothness.He was born into a political family, his father George was a long-time Labor MLC. The younger Weatherill went to Henley High School, in the same crop as John Rau who went on to become… […]

Media playback is not supported on this device 2017 Grand National winner One for Arthur faces Scottish competition in Lake View LadOn Saturday afternoon, just after 17:00 BST, Nick Alexander will take himself away to the quietest spot he can find amid the madness of Aintree to watch the 172nd running of the Grand National.… […]

Rich Ricci, the former chairman of the defunct internet bookmaker BetBright, said on Friday that he is “delighted that we have found a solution”, which guarantees that all outstanding ante-post bets with the firm will now be honoured by BetVictor. BetBright sold its technology platform to rival firm 888.com in early March for £15 million,… […]