His biggest success came on Cool Dawn in the 1998 Gold Cup. His other major triumphs include the 1997 King George VI Chase on See More Business, 2007 Welsh National on Miko De Beauchene and 2001 Scottish National on Gingembre. 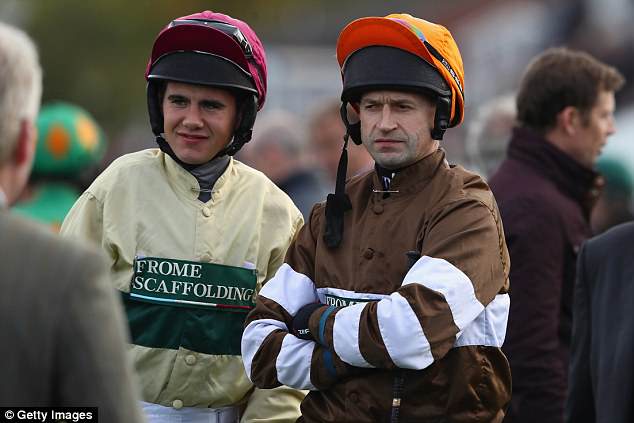 Although operating on the southern circuit in recent years, Thornton was born in Cleveland. His entrance to racing came via Co Durham trainer Arthur ‘WA’ Stephenson, who supplied Thornton’s first win courtesy of Wrekin Hill at Sedgefield in November 1991.

Stephenson’s support helped Thornton become champion amateur in the 1992-93 season. He landed his 1,000th winner on Kentford Myth at Wincanton on Boxing Day 2016 before he was sidelined for 10 months with a knee injury.

Thornton, nicknamed ‘Lensio’ in the weighing room because he wears contact lenses, said: ‘People talk about the end of an era, but I’ve probably spanned two eras!

‘I have four rides (at Uttoxeter) but even if one wins, I’ll be riding the fourth, simply because I love it.’

Portsmouth will travel to Harrogate; Sunderland host Gillingham; winners of rearranged Haringey vs Yeovil tie will be at home to Hartlepool Last Updated: 21/10/19 9:33pm League One and League Two sides enter the FA Cup at the first-round stage Non-league Chichester City have been handed a bye into the second round of the FA Cup.… […]

This was Halloween, 2014. Keogh and his wife, Charlie, held a Halloween party for his Derby County team-mates. The arrival of the on-loan Blackburn Rovers striker and his partner thrilled the club captain. “It felt like he was so happy to see us. He knew how tough it was for me to be away from… […]

Will the property market slow even further ahead of Brexit?

The UK housing market has been in the brace position since the EU referendum three years ago.It has been a bumpy ride for the most part. Prices have ground to a halt in some parts of the country, while they have soared ahead in others.A report by Nationwide yesterday showed overall prices were up just… […]