A unique race of minimal relevance, Enda Bolger has an excellent record in it, though Peter Maher ended his sequence of straight wins in the race when the veteran Enniskillen scored 12 months ago.

In third on that occasion was Bolger’s Blue Templar. This son of Milan has yet to win after 18 starts, which gives an indication of how moderate he is, and he could finish just third when favourite on his last start in a point-to-point. That Quakerstown race may at least have set him up nicely for this, and he has reasonable each-way claims under Derek O’Connor.

Vital Island has gotten his act together and rates an each-way danger.

Getabird could well win this but everything has a price and his (11-10 or thereabouts) is not especially attractive. He seems to need to go right-handed, so that is not an issue, but his hurdling form of consequence is all on far deeper ground than this. He may not get an easy lead and Mengli Khan is 6lb better off than he was when beaten by him here earlier in the season.

Mengli Khan ran a stormer at Cheltenham, as the conditions seemed to go against him (heavy on the day); everything is in place for him to go close here and, moreover, he skipped Aintree and Fairyhouse.

Another one to consider backing is Getabird’s stablemate, Sharjah. Sharjah’s moderate performance behind Samcro at the Dublin Racing Festival was blamed on the prevailing conditions and it was worse again behind Getabird at the Irish National meet, when he was far from discredited. Likely he can do much better as a former all-weather winner now, with a tongue tie tried.

Paloma Blue is another to consider.

Five days of the best of Irish racing are coming your way, live on @RTEsport.

The big names, the battle to be the best. This is Mullins v Elliott, all coming down to the Punchestown Festival.

Willie Mullins’ chance of winning the title may well hinge on what happens in the €275,000 races but events such as these are a bit like scoring a point if the big ones are registering a green flag. He has a seriously good hand here.

Nessun Dorma is a tentative pick. He is by Canford Cliffs, started off over seven furlongs (for Harry Kelly) and enjoyed a pair of bloodless wins in summer hurdle races last year. He took the eye with his third to Cartwright (runs in the Grade One today) at Navan and likely the heavy ground was against him then. He ran well enough at Fairyhouse before falling behind Low Sun (potential favourite now) last week and it is eye-catching that Paul Townend steers.

Ten Ten is likely well-treated but lacks experience for a race such as this; in the same colours, Ballyoisin is noted but the chances are he is a much better chaser. 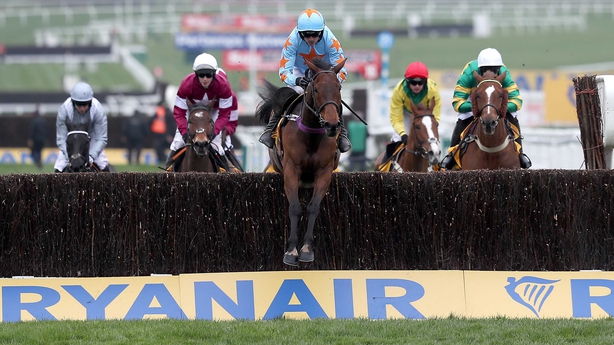 Douvan’s odds here could look a gift from the heavens come this evening. There is no doubt that he is or certainly was a far more talented horse than Min, who had a really hard race 11 days ago at Aintree, having been beaten at Cheltenham in the Queen Mother, in which Douvan fell.

Un De Sceaux looked in big trouble at Fairyhouse when Doctor Phoenix fell and he was pretty disappointing at Cheltenham, suggesting his time is running out as a top force.

Douvan jumped spectacularly at Cheltenham to the point of his fall and the vibes are positive about his well-being. The one nagging concern is why he was so weak in the market at Cheltenham – even if it may have had something to do with his losing the help of Ruby Walsh.

Douvan needs to fall or bomb for the others to have a chance. He is the lock of the day.

A lucrative event of its type, with a purse of €100,000; a guessing game, That’s A Given represents the raiders having scored at Huntingdon last month. That said, English bumpers tend to be weaker than those over here. He is a half-brother to Wait For Me, third in the 2015 Cheltenham Festival Bumper.

Clearly many eyes are on Think Positive, who represents Willie and Patrick Mullins. Given that he is a half-brother to Samcro, by a popular late stallion in Jeremy, he can only be popular. His run for a small barn in Britain was reasonably promising.

Gordon Elliott runs four and, with Jamie Codd injured, it is really difficult to sort out any sort of pecking order. Joseph O’Brien’s Glocca Mora has Derek O’Connor’s assistance and races in a first-time tongue-tie. He is quite nice on paper.

Monalee looks the one here, though one could see why the bookies might take him on. A classy hurdler, he was second to Penhill at Cheltenham last year before a pretty tepid run at this Festival – something of a concern now. Moreover, he was firmly put in his place in the RSA Chase at Cheltenham behind Presenting Percy, and he can race a little exuberantly, so things will need to go his way. Still, he jumps superbly, and has an engine.

Shattered Love split those stablemates Al Boum Photo and Invitation Only in the Ryanair Gold Cup, but stepping up in yardage ought to suit her here. This strapping mare has claims, even if it is hardly ideal that she raced at Cheltenham and Fairyhouse.

Rathvinden’s National Hunt Chase victory got a nice form boost when the runner-up ran a big race at Aintree and he is far from discounted too. A cracker of a novice chase. 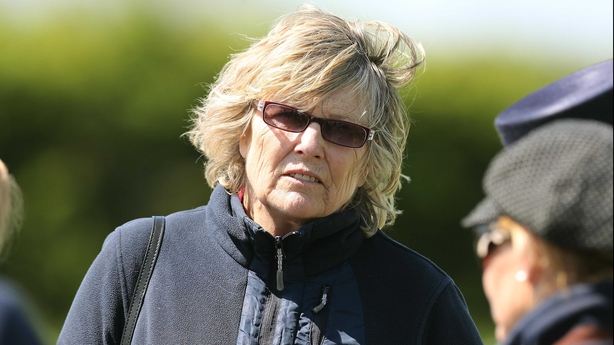 Jessica Harrington could do with some good news, having lost Our Duke midweek. Losing horses does not amount to tragedy and there are more important things in life but there certainly will have been tears shed in Moone after the totally unexpected death of this gorgeous and talented chaser.

Barrington Court, like the stable’s high-class filly Alpha Centauri, is by Mastercraftsman; moreover, she is a half-sister to a sprint winner out of an unraced sister to a seven-furlong Group 3 winner.

Flat-bred, as such, nevertheless she has decent levels of stamina and surely will be more at home on this terrain than the heavy on which she was second on both of her starts, most recently in a Listed race at Limerick. Clearly she is a classy mare and her experience will stand to her.

Adulterated, by Fame And Glory, takes the eye on paper. Another son of Fame And Glory, Kalum River, has the help of Patrick Mullins. Her grand-dam is Irish Oaks winner Vintage Tipple, trained by Patrick’s grand-father Paddy.

Follow the Punchestown Festival via our live blog on RTÉ.ie and the News Now App, or watch Robert Hall and Ted Walsh present live coverage on RTÉ2 from 4pm

How Cheltenham Festival has become a hotspot for coronavirus cases

Dozens of celebrities and royals along with hundreds more Cheltenham Festival racegoers could have been infected with coronavirus, it was feared today. Camilla’s ex-husband Andrew Parker Bowles today joined a growing list of famous names thought to have caught the virus at the event held from March 10 and 13, including comedian Lee Mack and West Bromwich… […]